Skip to content
HomeLocal History Photos of the Week July 12, 2019

Hi everyone, here are the Local History Photos of the Week!

And onto the photos of the week! 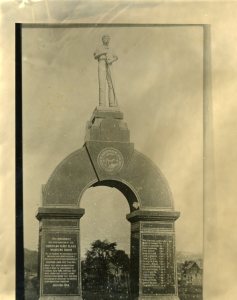 The first photo for this week shows the American Flint Glass Workers Union monument that was erected in memory of eighteen union workers who were killed in a train wreck in 1891.

TO THE MEMORY OF EIGHTEEN OF ITS MEMBERS WHO WERE KILLED IN A RAILROAD DISASTER WHICH OCCURRED AT RAVENNA, OHIO, JULY 3, 1891

WHILE THERE WERE EN ROUTE FROM FINDLAY, OHIO TO THEIR HOMES IN CORNING, NEW YORK. WITHER THERE WERE JOURNEYING TO MEET LOVING FRIENDS FROM WHOM THEY HAD BEEN SEPARATED BY AN EFFORT TO IMPROVE THEIR INDUSTRIAL CONDITION. ERECTED 1892”

And the following list, taken from the San Francisco Call (7/4/1891), features the names of those killed and injured in the crash: 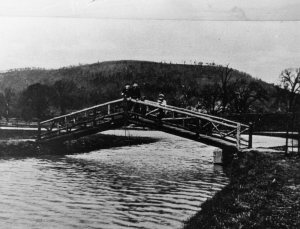 Our second photo for the week shows a trio of kids on the old wooden bridge in Denison Park. The bridge connected the small island in the middle of the pond to the shore and has long since been replaced. The photo is really cool though as the bridge has a very rustic look to it!

And as far as the class photos for this week goes; the third time is the charm! The 1969 Corona yearbook at the library has a tight binding so I tried very hard to get a good scan of the senior photos. However, as I didn’t want to break the binding, since we obviously can’t go out and buy a new 1969 yearbook for the library, some of the photos are slightly cut off. Even so the photos still show the bright-eyed class of 1969 ready to roll! 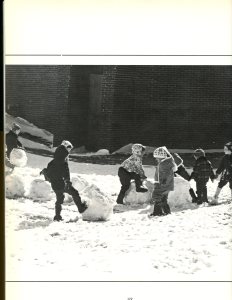 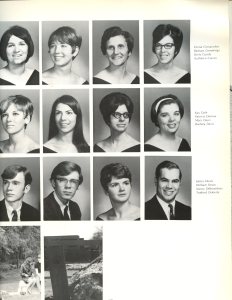 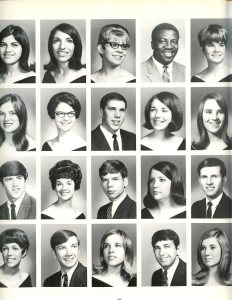 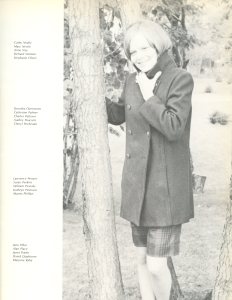 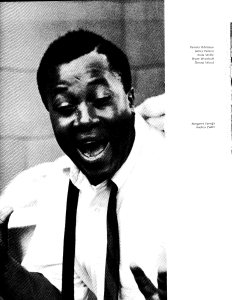 Have a great weekend,

*To Create A Larger View (make the photos appear bigger on your screen):

You can click on each photo for a larger view. And then click the back arrow on your web browser to go back to the previous screen.

To Create A Smaller View (make the photos appear smaller on your screen – after you’ve made them appear larger):

Press and hold the CTRL key on your keyboard and tap the – sign to make the photos appear smaller again.

Library Local History/Creation Station Resources:
At the library you can scan your photos and slides to create digital family albums and slideshows; and even use one of the Circut machines, and other Creation Station equipment, to help you create a special paper family history album.

Also of note, we have the local paper, at times called the Corning Leader, Corning Journal or Corning Daily Journal, on microfilm from 1840 to the present — so you can visit the library and research local history and your family tree if you wish!

And if you find any old photos or postcards of the Corning area that you don’t know what to do with – you can always donate them to the library!